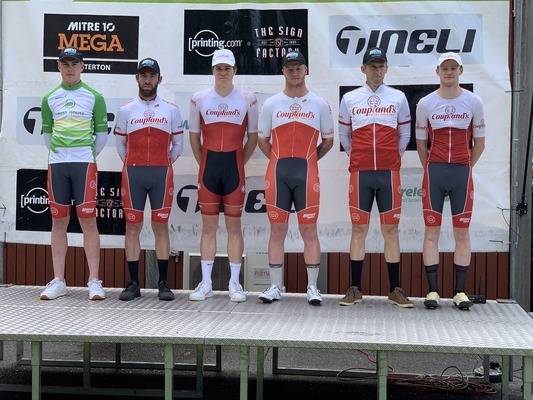 A huge congratulations to Team Coupland’s for taking out the Trust House North Island cycling series and winning the final stage. It’s a very competitive series and we’re very proud of the teams efforts, their determination and focus is exceptional.

The race wrap up

Over the last few months Team Coupland’s strong team of 8 riders have taken part in the North Island Cycling series based in the Wairarapa. Last Sunday was the final race of the series and our team went in with our rider Madi Hartley-Brown in the lead so all eyes were on him to see if he could keep the leaders jersey. The team fronted up with a strong 7 man team on the day and had a very simple plan, win the stage and the series!

The first 20km of the race included lots of teams trying to attack the peloton and get away from Madi and our team. They had 3 riders on the team who rode hard on the front and either pulled back dangerous attacks or kept them at a manageable distance. Just before the first U-turn on the Y loop course a breakaway of 5 riders got away from the peloton including two of Team Coupland’s riders – Mark Langlands and Adam Martin. This was a strong move and they quickly got away from the peloton. Then another 10km down the road our TT star Glenn Haden had a dig off the front solo and spent 25 minutes in between the two groups bridging the gap until he eventually caught the lead bunch.

The course started to get a bit more hilly from this point putting a lot of riders under pressure but Madi stayed comfortably in the main peloton and Mark and Glenn made it over the major climb in the breakaway and were ready to contest the win! 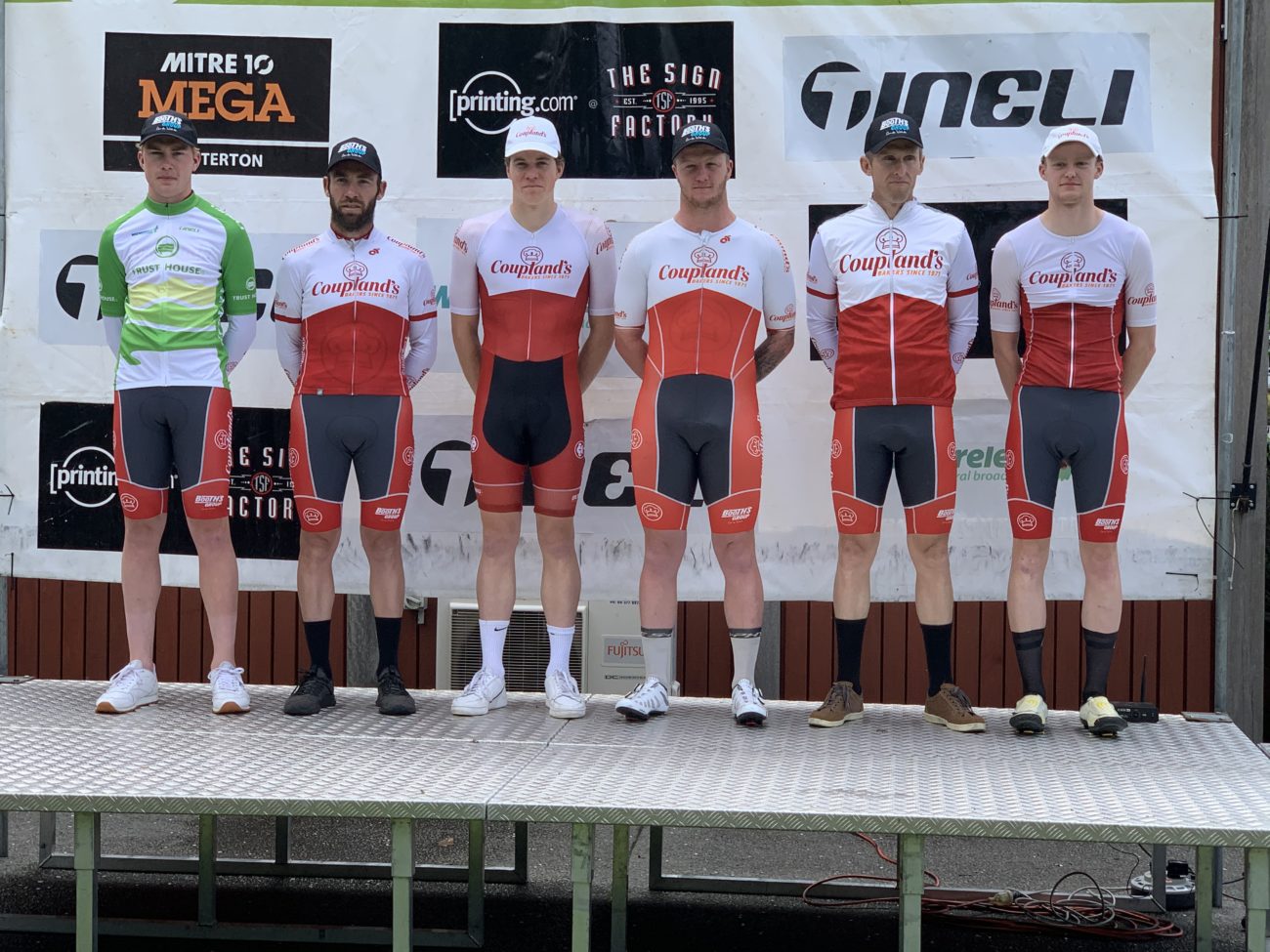