Over the weekend we had 4 Coupland’s/Booths Group riders compete in the biggest one day race of the year, the Cycling NZ Elite National Champs. This event draws in all the best riders from around the country and even professional riders that live abroad try and claim the NZ fern national jersey!

On Friday we started the weekend off with the individual time trial. Our silver jersey winner Glenn Haden was our big hope for this event and had spent months preparing for it. Unfortunately 25min into the race Glenn’s chain snapped on his bike which meant game over, this was hugely disappointing for him and the team. In the U23 event young Keegan Hornblow took the bronze medal and averaged over 46kmh for the 42km long course. 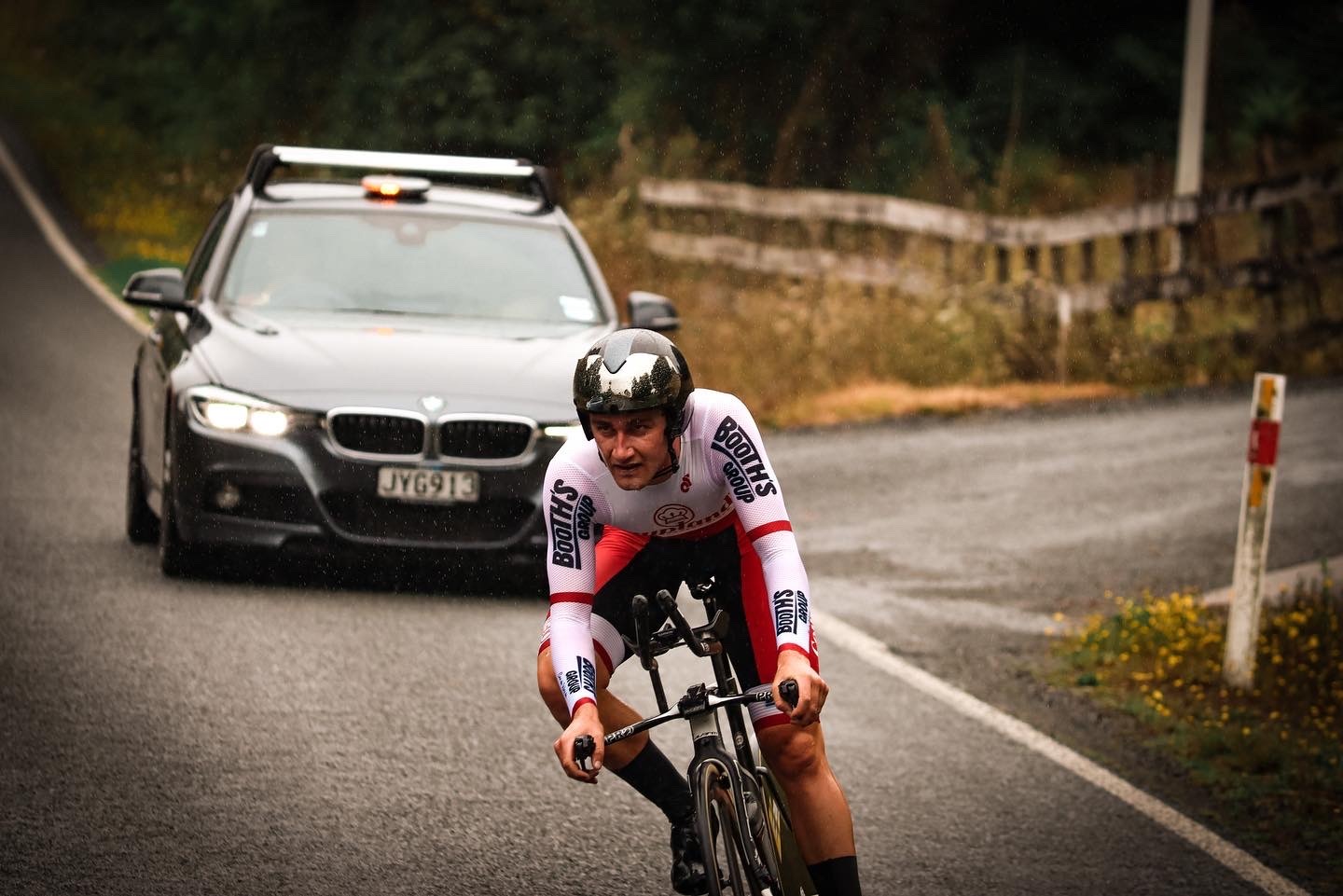 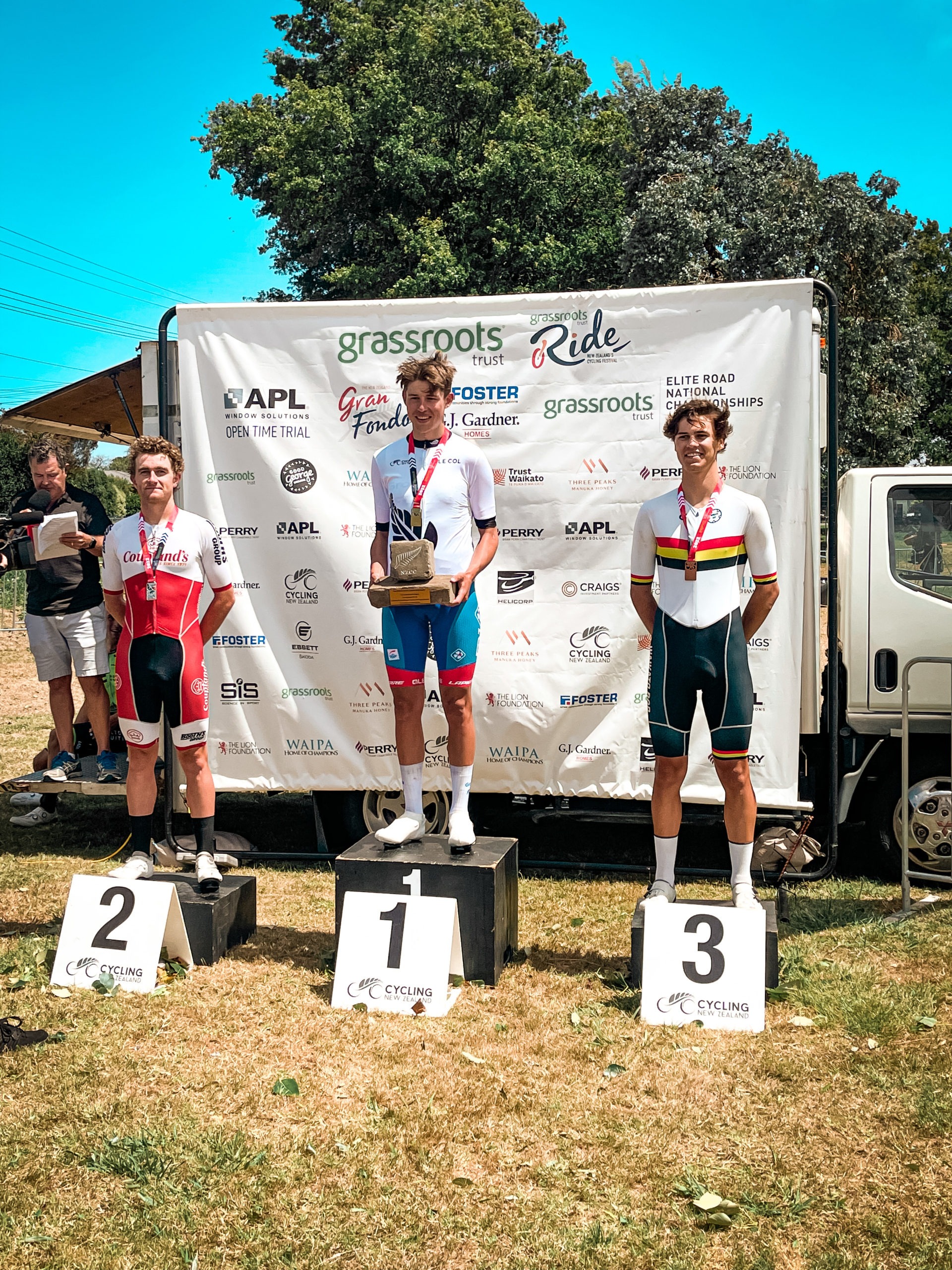 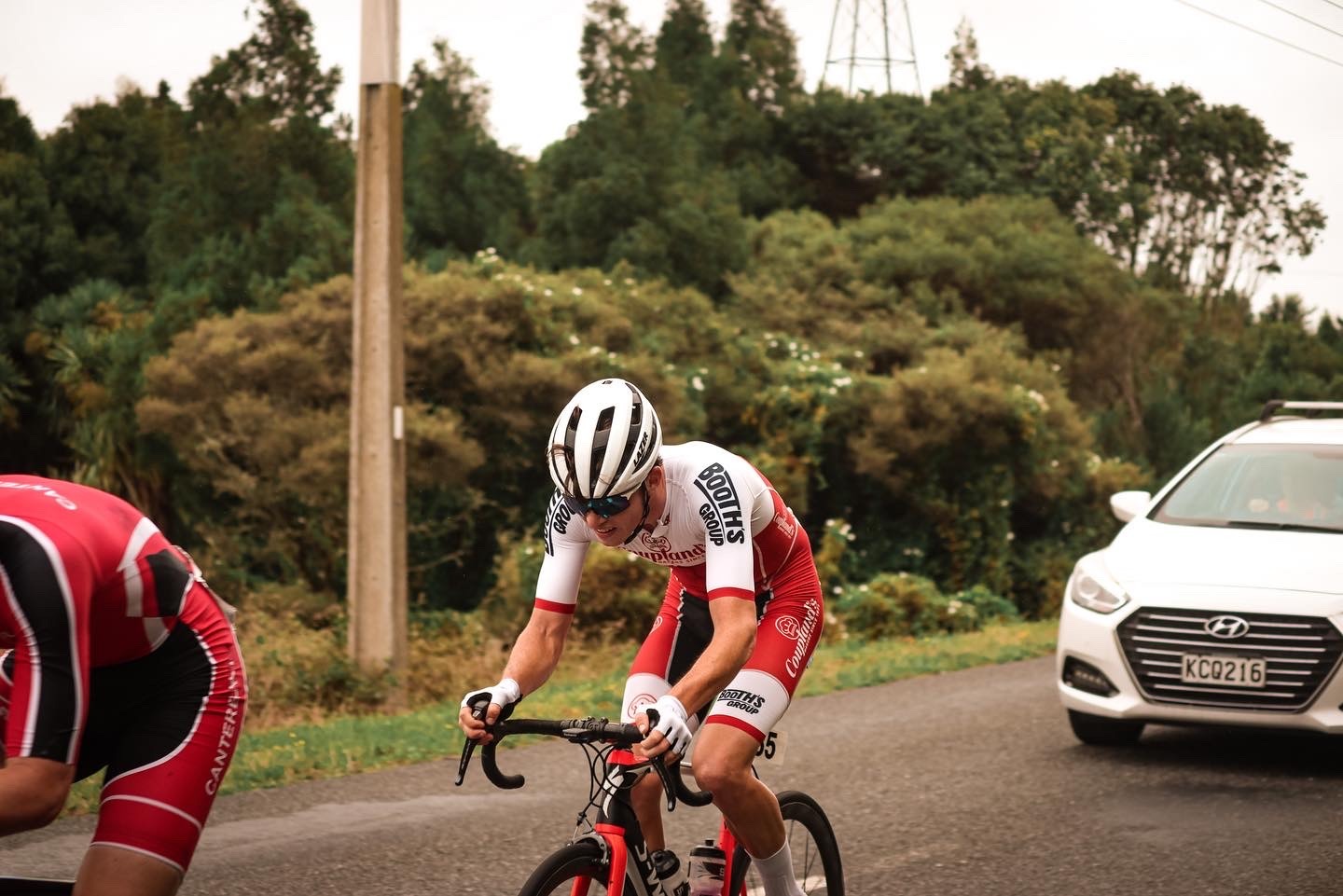 Onto the road race on Sunday we had Glenn, Keegan, Ari and Camden lining up, the course had been changed due to gale force winds the night before knocking trees down onto the road. The wind got worse and worse during the race and the event organisers had to make the decision to cut the course short by 2 laps. At this stage we still had 3 of our riders in the front group with Glenn doing a load of work to help set Keegan up for a podium spot. Coming into the finish straight Keegan went very early and split out the field getting into a small gap before the finish, just being caught on the line by another U23 rider leaving him with the silver medal for the road race.

We are super happy with these performances over the weekend for our small team, having Coupland’s logo on the podium alongside multi-million dollar professional trade teams such as Groupama FDG and Black Spoke Pro Cycling is something we should all be very proud of!

We are also super proud of our young protégé Toby Evans who took out the win at the Gran Fondo Race recently, a mass starting race covering over 165km!

Well Done Team coupland’s! What a cracking start to the year.

Show your support & keep up with the team! 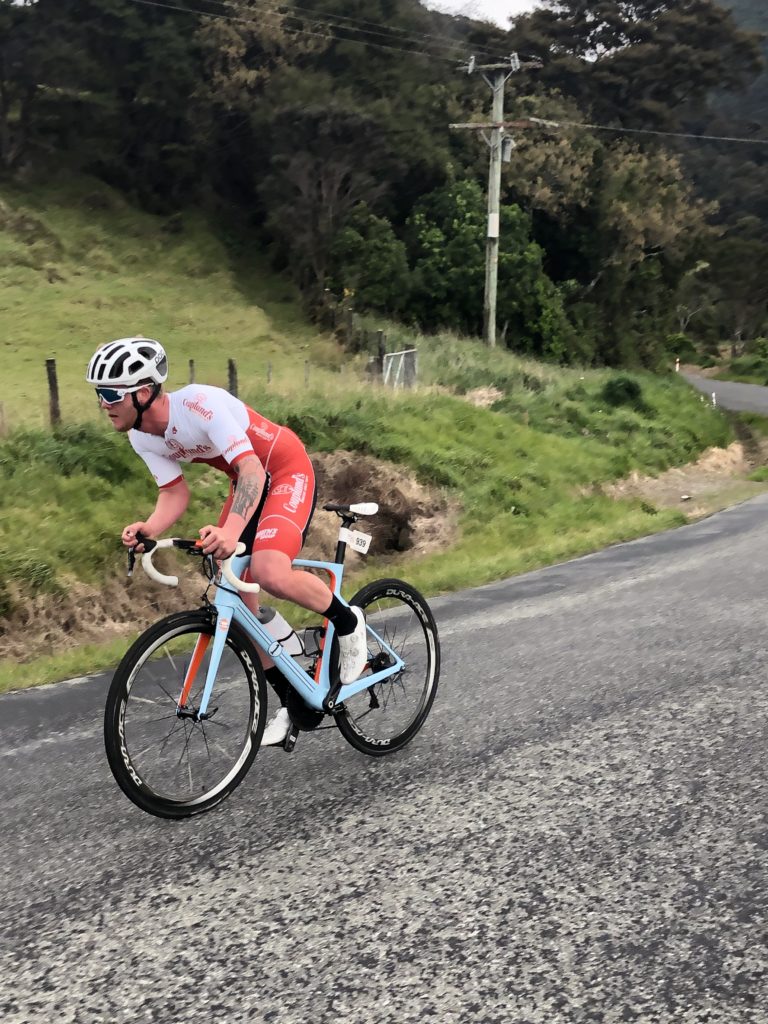 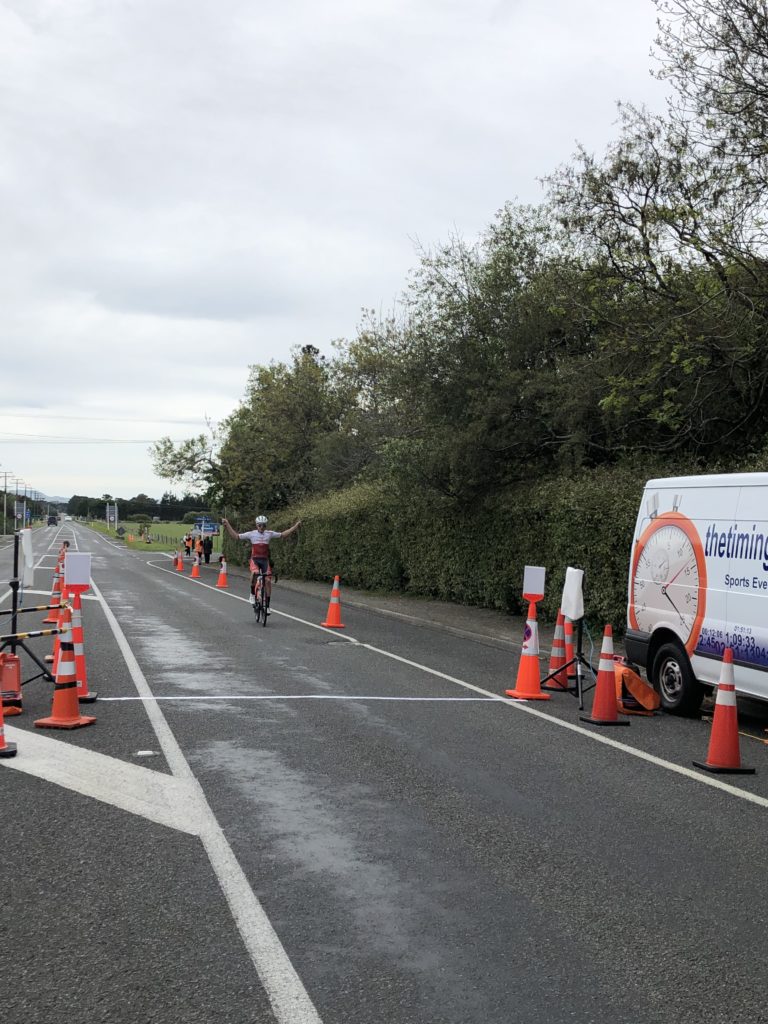 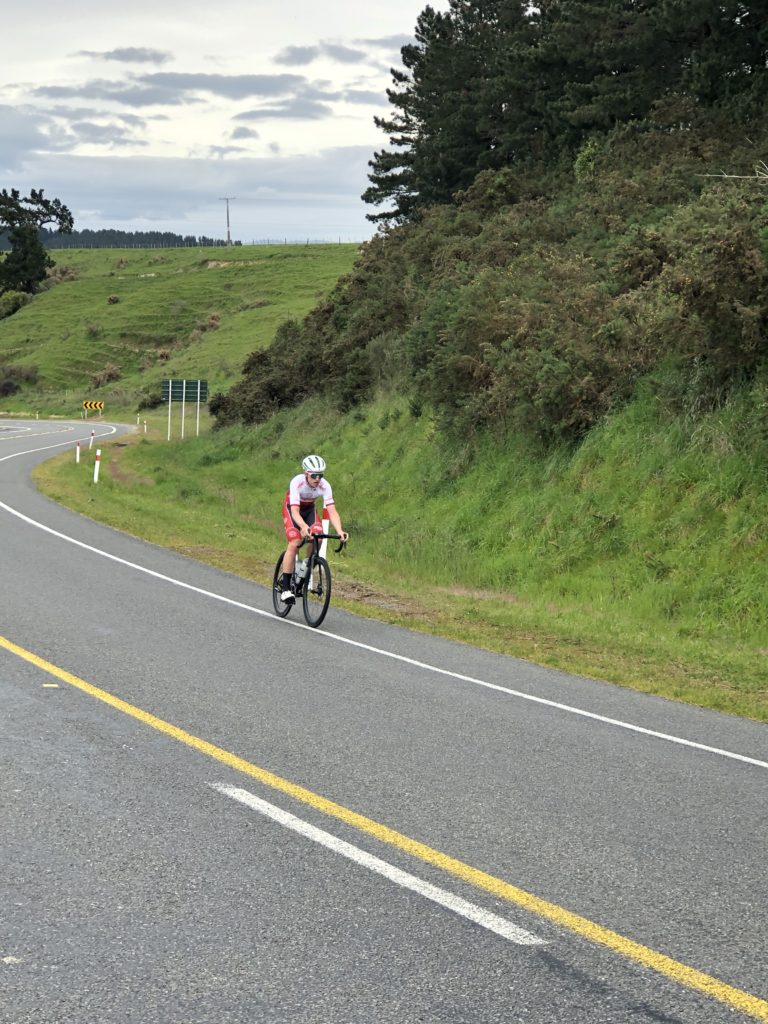 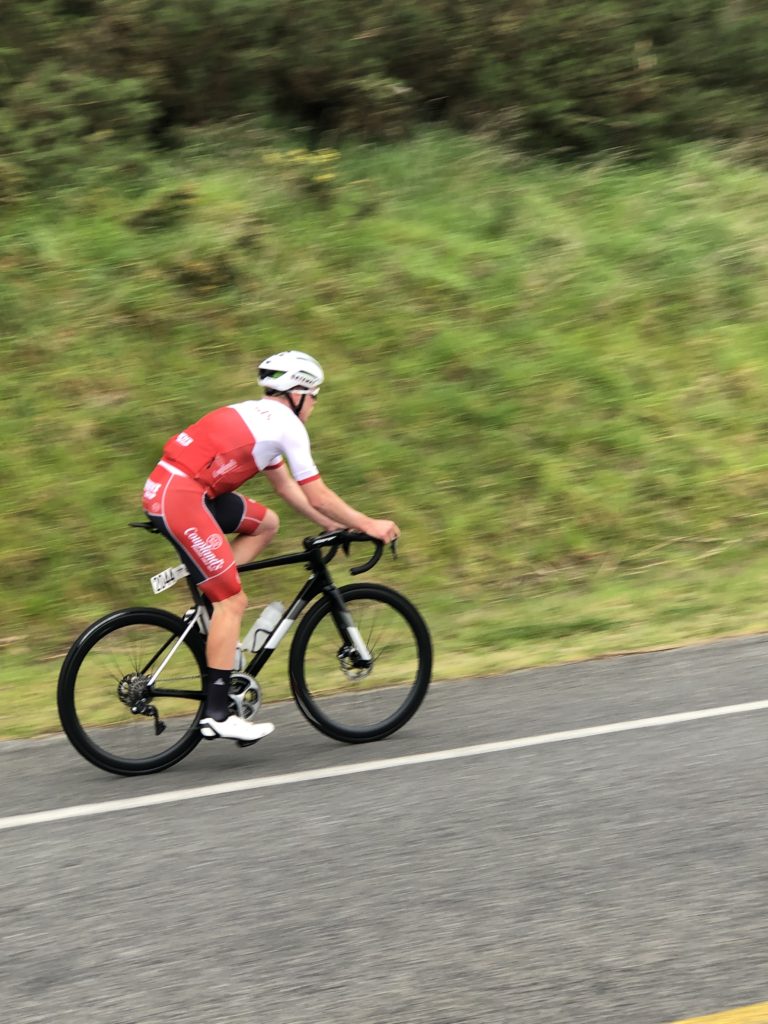 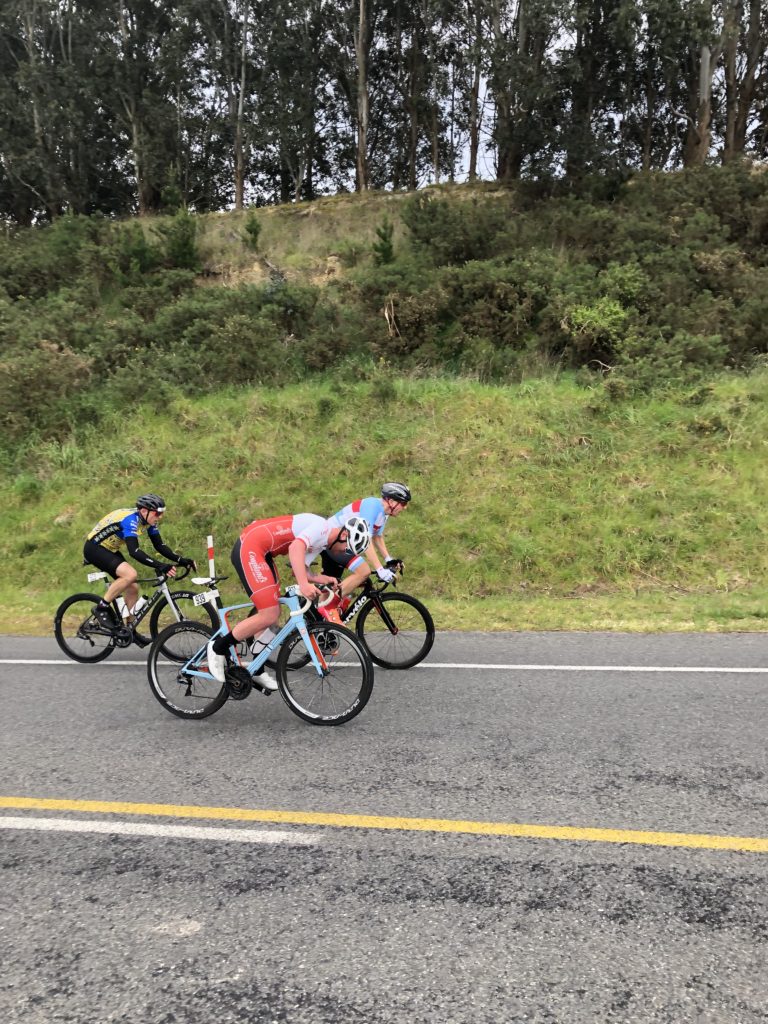 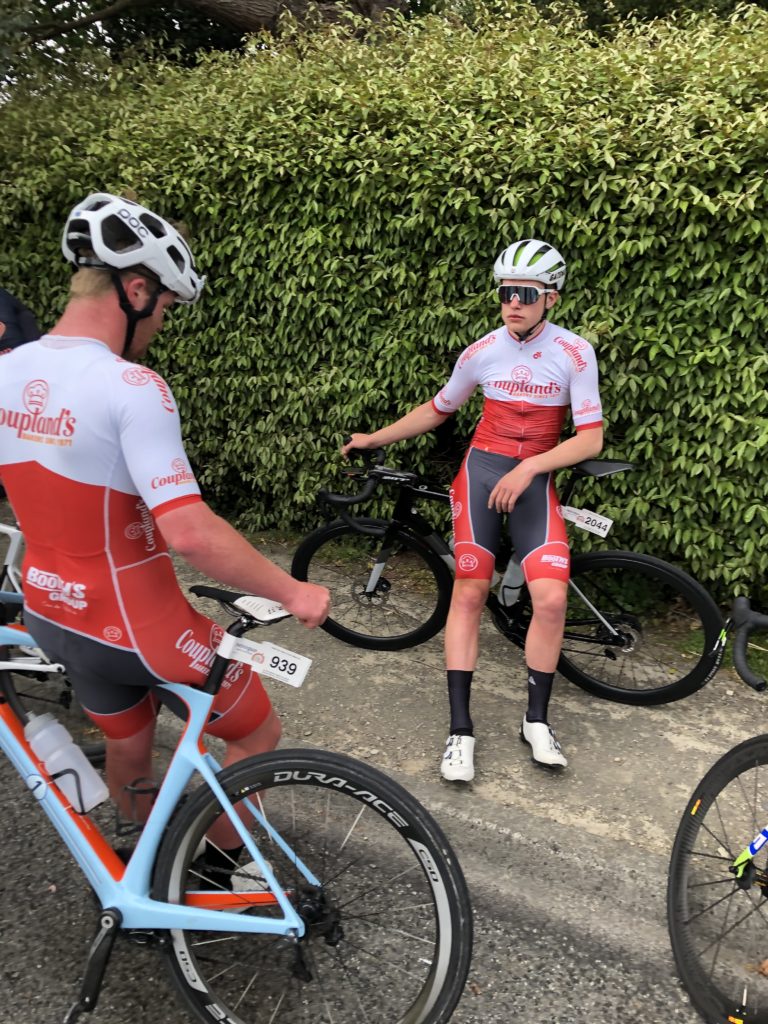 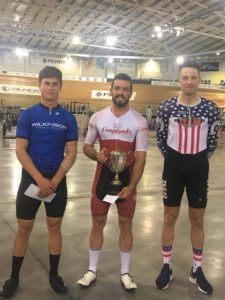 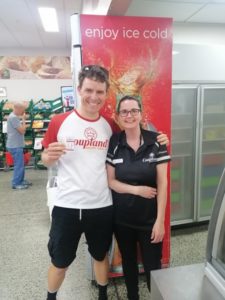